Kadampa Meditation Center (KMC) Tokyo, situated in Daikan-Yama, is a Buddhist meditation centre. It offers an open and friendly atmosphere, where everyone who is searching for inner peace and tranquility is welcome, regardless of religion or prior experience. Our program consists of weekly meditation classes, talks on Modern Buddhism, half day courses, retreats and a study program.

The centre has a large, spacious meditation room with a little bookshop. Based on Buddhist philosophy, our events are intended as practical instructions, which can be applied by everyone to make their everyday lives more positive, meaningful, and peaceful.

Gen Losang Kelsang was ordained as a Buddhist monk in 1983. He has studied and practiced continually under the guidance of Venerable Geshe Kelsang Gyatso Rinpoche.

He is an internationally renowned teacher of Kadampa Buddhism and has taught extensively throughout the world.He is lovingly regarded by his students for his insightful teachings and serves as an inspiration through his devoted practice.

Gen Losang Kelsang is also responsible for the design and production of all the statues of our denominations, as well as the design of temples and shrines used in Kadampa Buddhist centers around the world.

Janet Yeh began her Buddhist studies with the Kadampa Tradition in 2000 while doing her Bachelor degree at Oxford University in England. She is Taiwanese and moved to Tokyo in 2011 after living in Europe for 22 years. She delights in sharing with others effective techniques of training the mind which result in a deeply joyful life. 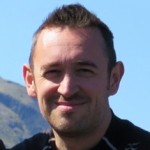 Matt Lucas started studying the teachings of Kadampa Buddhism in the UK 15 years ago. He has been living in Osaka since 2005. A very bright and friendly person with a passion for Buddhist meditation. He conveys the wisdom of teaching over time to people living in modern society.